We love a transformation story – a dramatic before-and-after. But the key to real and lasting change isn’t quite as glamorous. 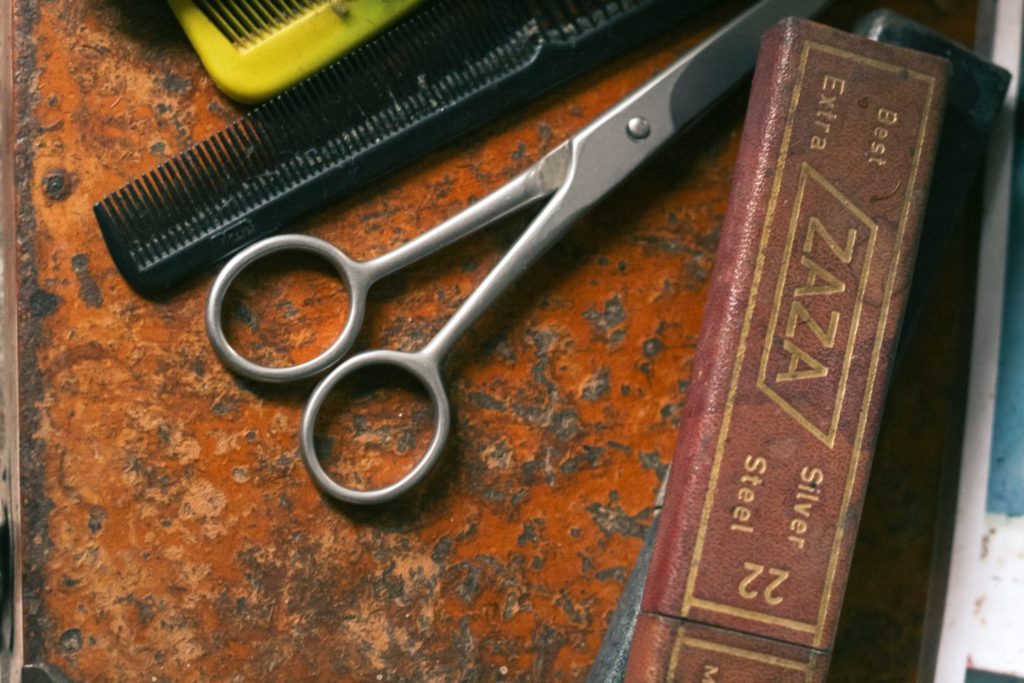 You’ve seen the videos: someone sets up a makeshift barbershop on the sidewalk and invites nearby homeless people to get free haircuts.

A man with raggedy long hair and a tangled beard sits down, looking wary. The barber spreads a cape over his lap, a video montage follows, and then we see the great reveal: the formerly scraggly homeless person is now neatly coiffed with a trim beard.

He could pass for an office worker – someone you wouldn’t look twice at in the Starbucks line. He looks middle class. And he is so grateful, wiping tears away as he stares in disbelief at his reflection in the hand mirror.

There is no epilogue. What does the newly class-passing homeless man do with his good looks?

Perhaps we are meant to conclude that he will be so motivated by his improved appearance that he will apply for a job. Or perhaps we should believe that his self-esteem will be so elevated that he will maintain his appearance –he will start showering regularly and wear nicer clothes. Perhaps the homeless man will suddenly recognize his ability to blend in with the people he usually asks for money, and this will inspire him to stop asking for money.

Most of what gets shared as heartwarming stories are usually temporary, small-scale responses to systemic failures. I wish we found it just as inspirational to make structural changes to unjust systems, but I don’t know if our culture knows how to tell those stories.

A Google search for “homeless person makeover” gets more than six million hits, and includes stories about beauticians, hair dye, manicures, and even dental work. The comments invariably rave about how handsome or beautiful the homeless person ends up, and suggest that they look for work as models. A YouTube video called “GIVING A HOMELESS WOMAN A TENT MAKEOVER” has more than four million views.

The popularity of these articles and videos is easy to understand. Americans love transformation stories with dramatic before-and-after pictures – whether it’s massive weight loss or a messy house on “Hoarders”.

We love these stories in part because of what they mean for the person being transformed, but also for what they promise us about ourselves: we too can triumph over our messes and problems, we can transform our lives with the magic of a video montage. We are looking for hope. We want to believe that rescue is possible.

The “transformed” individual faces the same poverty and challenges after the camera stops rolling.

But stories about making homeless people look nicer – look, well, not-homeless – are pernicious. A haircut does not transform a life: instead, it disguises, making the homeless man unrecognizably homeless, and therefore less disturbing to us.

How many of us have averted our eyes from the shabby panhandler, have rolled up our car windows or crossed the street to avoid visibly homeless people?  What a relief, then, to see the filthy locks of hair cut away, the tangles combed and trimmed, the “tells” of impoverishment and suffering erased.

The visual assimilation makes us feel better, but nothing has really changed. The “transformed” individual faces the same poverty and challenges after the camera stops rolling. And the structural forces that have created a large and growing homeless demographic persist:  a lack of living-wage jobs; not enough affordable housing; unaffordable health care costs and school tuition; racism in hiring and education and policing.

We can start by avoiding the packaged, feel-good videos and instead committing ourselves to deeper work.

Earlier this year, blogger and entrepreneur Anil Dash tweeted:  “Most of what gets shared as heartwarming stories are usually temporary, small-scale responses to systemic failures. I wish we found it just as inspirational to make structural changes to unjust systems, but I don’t know if our culture knows how to tell those stories.”

How do we tell different stories – ones where we ask people living without homes what their goals are and what stands in their way, and then work alongside them to provide opportunities and open doors?

We can start by avoiding the packaged, feel-good videos and instead committing ourselves to deeper work. We can strive to expand and provide social support; health care; childcare; job training; access to reliable transportation; subsidized rent; consistent and adequate income. And we can talk to our friends and family members about what we’re doing and why it’s important.

These are needs that make for less exciting video montages, but homeless person makeover stories hide a problem instead of solving one. The keys to real and lasting change aren’t glamourous.

We can start by avoiding the packaged, feel-good videos and instead committing ourselves to deeper work.

Instead of clicking “like” on a haircut video, volunteer your time and donate your money to organizations working to make real change. Get involved in local politics and support the construction and preservation of affordable housing. Fight for a higher minimum wage. Roll down your window and talk to a homeless person without judgment. Ask what they need, and then help them get it. No matter what their hair looks like.

Cole Thaler has written many thought-provoking blog pieces for AVLF. Read them here.