One of latest opinions from The Atlanta Journal Constitution features an article written by our Director of the Safe and Stable Homes Project. 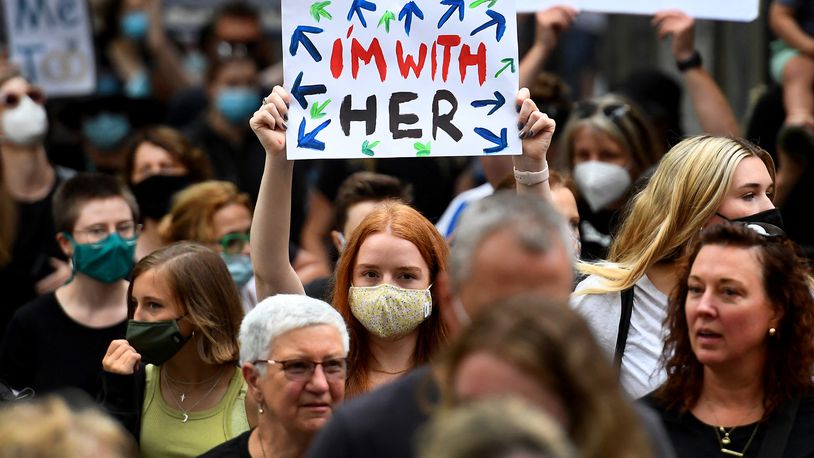 One of my most memorable experiences working with a survivor of intimate partner abuse involved a woman who was an immigrant and spoke very little English. She had young children and was finding it difficult to leave her abuser and see the temporary protective order process through.

However, she ultimately obtained a protective order, began working, taking English lessons, and opened a savings account. Months later, she called and spoke to me in fluent English, proud to show off her skills and tell me that she was thriving. Years later, she let me know she purchased her first home. I was thrilled to be a small part of this woman’s journey toward safety and independence.

When I first went to work at Atlanta Volunteer Lawyers Foundation leading its intimate partner abuse programming, I was excited to tackle an issue that primarily affects women. I was going to help improve women’s lives in a meaningful way. I could see the way they felt empowered by having an attorney represent them against their abusers in court, hearing judges admonish their abusers for their behavior, receiving court-ordered child support for the first time in their lives, and knowing they had achieved a measure of safety and independence.

But as the years go by, I can’t help but wonder, why do we still have a constant flow of people in our office who are being abused? My organization does what it can to help people escape that abuse, but why is it happening in the first place? And how do we stop it?

Incidents of violence against women are on the rise, especially since the start of the pandemic, with domestic violence increasing by 25-33 percent globally and 8 percent in the United States.

At the same time, ADL (the Anti-Defamation League) reports that online incidences of hate speech are at an all-time high, from Antisemitism to racism against Asian Americans and Pacific Islanders, Black and Muslim people, and homophobia. People are experiencing discrimination and hate because of their immutable characteristics – like being female, gay, Muslim, Jewish, Black or brown.

I believe these increases are related, in that many forces which perpetrate hatred and extremism also perpetrate violence against women, as they are rooted in a belief in strict gender roles (e.g. male dominance and aggression), a desire for power and control, hostility toward women (and others), and attitudes accepting or justifying violence and aggression. I fear that people of all backgrounds, especially women, will continue to be targets of threats and violence as a means of control or expressions of power over them.

As attorneys, it is our role to rectify this and level the playing field as much as possible.

ADL fights hate and extremism on a global scale, working to affect societal changes that will eliminate these root causes. Meanwhile, my work at AVLF focuses on local change. Our latest program expansion is the Standing with Survivors Mobile Advocacy Program, which goes into the community to train individuals and organizations on what intimate partner abuse is, how it manifests, and its causes, while assisting survivors on the ground with the legal and non-legal supports they need.

But we are going further – we have partnered with Men Stopping Violence which provides programming to abusers to help them recognize their toxic beliefs which led to them becoming violent, so they can understand what needs to change to stop future violence and treat women with respect. It is our hope that by addressing the trauma, problematic beliefs and toxic behaviors of abusers, we can work to stop the root causes of gender-based violence.

We ask you to join us by determining if you have unconscious bias and determining how best to be an ally for others in harm’s way. Really take a look at what actions or lack thereof may be harmful to others. This goes beyond your average volunteering.

Evaluate your beliefs and actions, and show up to the polls to ensure those you’re voting for are demonstrating your values.

Let’s do more by thinking more broadly and systemically. Don’t just talk the talk but reflect deeply and help others understand that violence against any one group is violence against our collective society as a whole. Be an ally.