A letter from Standing with Our Neighbors Staff Attorney, Erik Provitt

I remember the first time I woke up to a roach crawling on my face. I was 16 years old.

My mom and I had just moved from our home in Detroit and were living with family in Montgomery. It’s hard to quantify in words the range of emotions I felt that day. The feeling of comfort that came with sleep after a hard day of play in the summer heat; the playful tickly feeling that came from the legs moving on my face; followed by the sheer horror of realizing that it’s a bug—and not just any bug, but a roach.

This was the new normal. And it was nothing like I had ever experienced in the previous 16 years I had spent on this side of the dirt.

It’s easy to see how this time of my life might have been impactful, but it wasn’t until I was much older that I realized the period of time between leaving Detroit and landing in my dorm room at Alabama A&M University is the reason I will always work to provide stable housing for children. 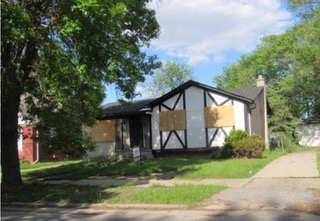 I had a happy childhood. I went to school, to church, and I stayed out of trouble. For the first 16 years of my life, my mother and I lived in a 3 bedroom ranch on Detroit’s Northwest side of town. It was a modest ranch home, maybe a thousand square feet. It had an eat-in kitchen, a full finished basement, and a big backyard. It wasn’t much, but my mom was a homeowner! It was her house—and by factor of bloodline, it was also my house. I have vivid memories of her telling me that this would be my house one day.

Between the ages of 12 and 16, a series of family tragedies brought us to a place where my mother checked me out of school and told me we were leaving for Montgomery. She said we’d be there for the summer.

The home we lived in was very similar to the homes of the families I work for on the Westside. We had an infestation of roaches, no air conditioning, unsanitary living conditions, and my mother was continuing to fall deeper into her illness.

But in those four years, my mother developed a mental illness. She thought our lives were in danger, and thought the best way to keep me safe was to flee to her birthplace. So that’s what we did. 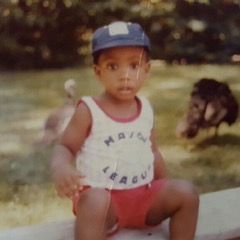 With a 14-foot U-Haul and the clothes on our back, we left the only home I’d ever known, my place of refuge. When we left that day in May, never to return, I had no idea how different my life would forever be.

Life was different for me in Montgomery. The home we lived in was very similar to the homes of the families I work for on the Westside. We had an infestation of roaches, no air conditioning, unsanitary living conditions, and my mother was continuing to fall deeper into her illness.

Safe and stable housing during childhood is the bedrock for success as an adult. A place where a child feels safe and loved.

Later on in life, I would reflect on that decision and where it came from. Why did I choose to finish my education versus the dozens of other choices I could have made? After much thought, I decided that little house on Sorrento Street, between Norfolk and Chippewa, was the reason. That house gave me a foundation. That house gave me hope. That house reminded me that despite my current situation, better was possible.

More than anything, this is the reason I work as hard as I do for the families I serve. Safe and stable housing during childhood is the bedrock for success as an adult. A place where a child feels safe and loved. If a child has a foundation set during the formative years of their life, they will be able to withstand the pressures that will find them later on. Now, I am married, and father of four beautiful children. I have been blessed to be able to purchase a home of my own. On the first night we slept in our new place. I had the exact same conversation with my children that my mother did with me. “This is your home!” “This is your foundation!” “We will be here as long as we want and no one can make us leave.” It was a very full circle moment for me.

While this letter is first to share my story—to share why I do this work—it is also, unfortunately, a kind of farewell.

In an airplane emergency, we are told to secure our own oxygen mask before we assist our neighbor. In that spirit, I have accepted a position with a company that will allow me to sustain my family through pressures we are facing right now. Fortunately, this organization is a friend to AVLF, and their partnership will allow me to continue my work to ensure safe and stable housing is the foundation upon which all of Atlanta’s children can build upon.

It has been the greatest honor of my life to advocate for the people of Vine City, English Avenue, Ashview Heights, and AUC. I often tell people that it was in these neighborhoods that I found the soul of Atlanta.

As I prepare for a new position, I can’t help but feel deep gratitude for the time I’ve spent with AVLF. Being a staff attorney here gave me purpose, fulfillment, and hope. I learned that I can help children find that stable housing they deserve, that foundation.

In fact, I am already on the schedule to volunteer for the June 29th Saturday Lawyer Program. I won’t be going far!

Each hour that we put in, each dollar that we give, each moment we spend educating ourselves about the issues low-income Atlantans face on the daily—we give something back. And it matters. It changes the course of entire lives.

It has been the greatest honor of my life to advocate for the people of Vine City, English Avenue, Ashview Heights, and AUC. I often tell people that it was in these neighborhoods that I found the soul of Atlanta. I will forever be grateful for the trust you gave me and I remain hopeful for the future of the Westside!

Want to read other Letters From Leadership? They are an easy way to find out what drives us here at AVLF. You can find them all here.