Safe and Stable Families volunteer Farley Ezekiel explains why representing survivors of domestic violence in court is personal to her.

My freshman year of college, a close friend of mine became a victim of domestic violence, although at the time I didn’t even know enough to call it that. We had grown up together and had been best friends since before kindergarten. As children we shared the chicken pox and trick-or-treated together; as we got older it turned into slumber parties and football games.

We ended up going to college far apart, so when my friend started dating someone new I found out over the phone. She was newly in love, and I was happy for her. When I came home for a visit and met him for the first time, I was concerned. I saw him take her aside at a party, corner her against the wall, and speak to her in an angry tone. Although I couldn’t hear the exact words, his body language and menacing manner made me want to grab my friend and leave immediately.

During their three-year relationship, I watched my friend’s self-esteem crumble. She became more and more isolated from her friends and family. I had no idea what to do, or how to help. I felt powerless. However, I refused to let the boyfriend isolate me from her. I hated being around him and seeing how he treated my best friend, but I would do it so I could be there for her. When she was ready to leave, I wanted her to know she had someone in her corner.

He was not immediately expelled from school, and he was allowed to continue attending classes as long as he did not return to campus outside of class. His fraternity did not take any disciplinary action against him. He was not required to take any sort of anger management or domestic violence class.

The relationship finally ended when her boyfriend put a chair through the window of her dorm room while she was sleeping only feet away. Glass shattered all over her bed as she scrambled to get out of the room. My friend and her roommate called campus safety and filed a report, but nothing came of it. The school didn’t pay attention until my friend’s parents went to the president. The school advised my friend and her family against pursuing criminal charges, explaining it was better to let the school handle it. They said that the boyfriend was only 21 years old, so involving the authorities was not necessary.

He was not immediately expelled from school, and he was allowed to continue attending classes as long as he did not return to campus outside of class. His fraternity did not take any disciplinary action against him. He was not required to take any sort of anger management or domestic violence class.

For my friend, it was a very different experience. She suffered from nightmares. No one from the school directed her towards any resources that may have been able to help her. Socially, she was ostracized. It took her enormous effort just to finish her degree. I was shocked by how little support there was from the school and her peers as she struggled to distance herself from the abuse. I’ve been unable to forget how little help she was able to receive.

Domestic violence does not discriminate. It affects people of every age, socio-economic class, race, and education level. I learned how hard it is for a victim of domestic violence to get the help they need to escape the abuse. It inspired me to help survivors in the aftermath of violence so that no one has to be alone while they put their lives back together.

This passion is what led me to Atlanta Volunteer Lawyers Foundation and to the Safe Families Office (SFO). I interned with the SFO the summer after my first year of law school. I interviewed victims of domestic violence and walked them through the process of getting an ex parte protective order. It was overwhelming and sometimes heartbreaking, but when a client gave me a hug or just a sincere thank you I knew I was making a difference.  I continued to volunteer throughout law school. I’ve continued to volunteer since becoming a practicing attorney two years ago because there is so much value in this work.

Domestic violence does not discriminate. It affects people of every age, socio-economic class, race, and education level. I learned how hard it is for a victim of domestic violence to get the help they need to escape the abuse.

As an attorney, there are very few cases where you can help someone obtain spousal support, child support, possession of their property, and protection from their abuser—all over the course of a single day. This is the power of a Temporary Protective Order.

Escaping from violence takes far more than a piece of paper that says “stay away.” A monthly child support check can make the difference between a mother returning to her abuser or having the ability to start a new life free of violence with her children.

Recently, I represented a client who, after being strangled, had a gun held to her head for so long that it left an indention in her skin. The details of violence are horrific, but those are not what stands out to me. What stands out to me is the courage my client displayed as she worked to get herself and her minor children out of the situation.

We received a Temporary Protective Order, with a generous amount of child support that is deducted straight from his paycheck. There will be no refusing to pay.

A few weeks after the hearing, I received a very excited e-mail from my client saying she was able to find an apartment for herself and her children. Her son is seeing a therapist so he can heal from the violence he witnessed. She is attending a support group with other survivors. This family was able to move on and start a new life, free from threats and violence. It all started with obtaining a Temporary Protective Order.

It all started with AVLF, and with the Safe Families Office.

Want to read what other experiences our volunteers have? Check out the rest of the Volunteer Takes. 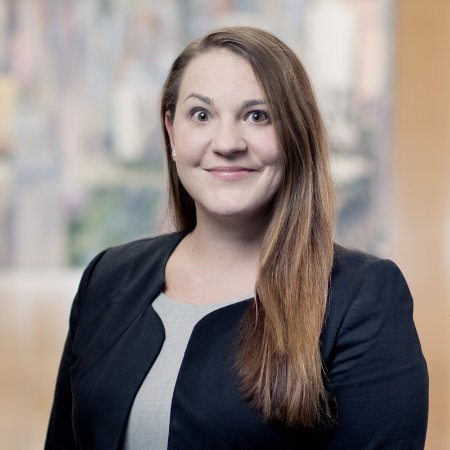 Farley Ezekiel earned her JD from Emory Law School in 2015. Upon graduation, she was the Hunton & Williams Pro Bono Fellow for two years. Beginning January 2018, she will be the Equal Justice Works’ Georgia Housing Corps Fellow based in Clayton County.