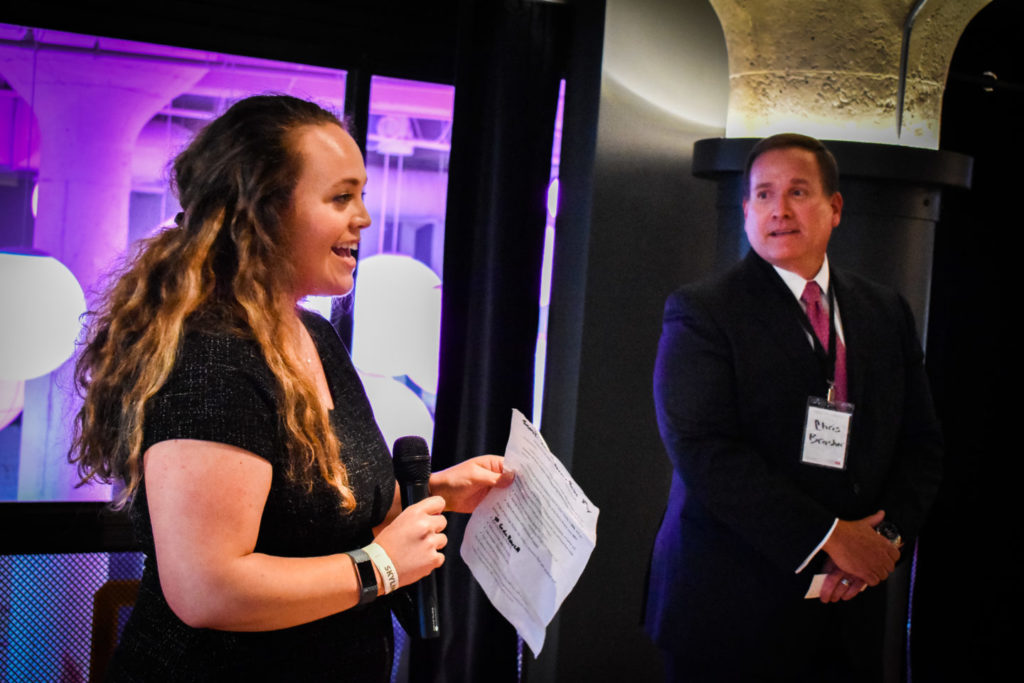 I want to talk for a moment about what we as lawyers view as ‘success’, as ‘victory’.

As a young lawyer, I learned that success was about winning cases. When I would go to a court hearing, the joke I so often heard was ‘come back with your shield – or on it.’ As a young associate, I was told that people expected great things of me – and when I tried a case, the first question people asked was, “Did you win?”

I discovered that I had as much to learn from the losses as I did from the victories.

As a family court judge, I’m learning even more that we need to think about the way we define victory and success.

Pericles said: What you leave behind is not what is engrained in stone monuments, but what is woven into the lives of others. The work that AVLF does—the Guardians, the lawyers, the volunteers, the social workers, all the people that enable folks to have the courage to step out of dangerous situations—their victories are woven into the lives of the people they serve.

Their work is woven into the lives not only of litigants and lawyers on the case, but also me, my family, and our community as a whole. Their work does not go unnoticed.

AVLF has been such a blessing to our community – not just to lawyers and those of us who practice in Fulton county, but citizens as well.

AVLF’s volunteers make sure that something positive can come out of a terrible situation. And when we talk about victories, that is how they should be defined: that someone who didn’t have the resources to get out of an abusive relationship was able to do so. That if a child couldn’t go to school because they were being mistreated, somebody stood in the gap to help.

AVLF has been such a blessing to our community – not just to lawyers and those of us who practice in Fulton county, but citizens as well.

These are the successes that I get to see. It’s better than arguments at the Supreme Court and wins at jury trials—when you know at the end of the day that you get to make a difference in people’s lives.

Success is not what you gain, but what you leave behind.