After months of no contact, this landlord closed up a case in the most unexpected way. 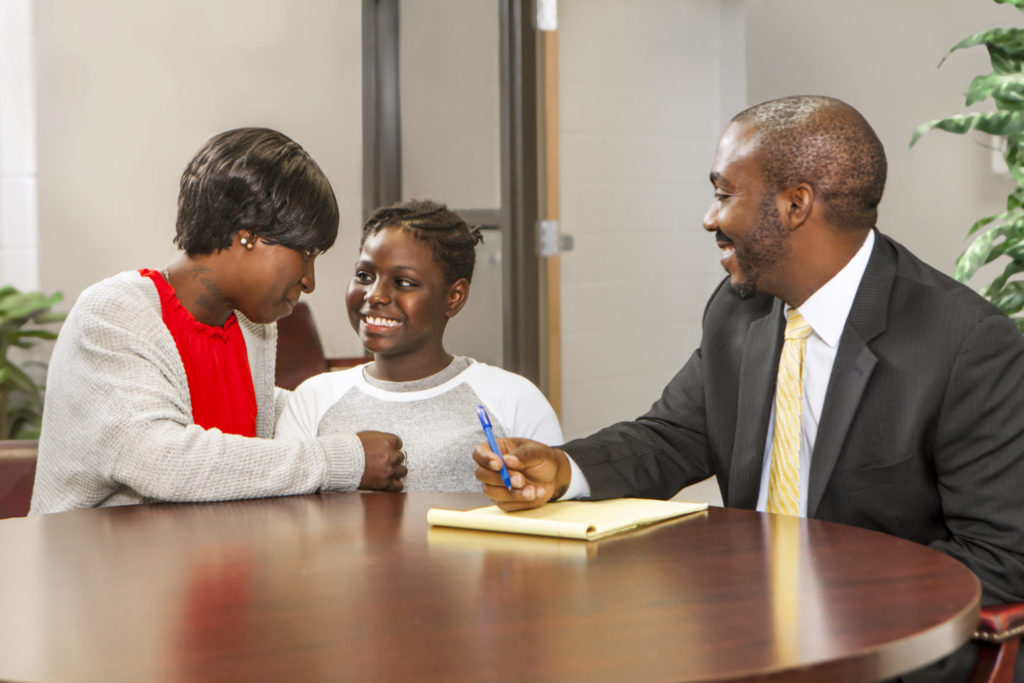 Like several of our staff attorneys, I started my journey with AVLF as a Saturday volunteer.

My very first case was with a client, Sabine*, who was renting a home in College Park. When it was time to move out, she requested her $900 security deposit back, but the landlord was ignoring her completely.

Sabine came to AVLF for help—and I took her case.

I did some research to find the owner. Sabine had tried to contact the property manager, but the owner was nowhere to be found. He was a retired basketball player, and he owned lots of properties in Fulton County.

I sent three demand letters to his property address we had on file—with no response. No answer, no email, not even a call. So I found his phone number, and left several voicemails, hoping for a response.

We decided to pursue litigation.

“Why weren’t you at court?” she asked. “I appeared by myself.”

Even when we sent him the paperwork, we received no response from this landlord. I was beginning to doubt myself—is this the right address? The right person? What’s going on?

After 120 days of no response, I requested a default judgment. We asked the judge for $1,200 and waited for him to set a calendar date.

A few weeks later, I received a call from my client.

“Why weren’t you at court?” she asked. “I appeared by myself.” The calendar date notice had been mailed to me, but they left the suite number off of the address, and the letter was returned.

But the defendant didn’t show up, either—so the judge reset the date.

Fast forward to just a couple of days before our court date. I get a call on my personal cell phone from a number I don’t recognize. Moments later, I had a voicemail from Mr. Casey Junior*, the property owner.

It all seemed like an innocent mistake—a big misunderstanding.

It sounded like he had just returned home and was sorting through all his mail, bewildered. “This is the first time I’m hearing about this,” he said. “These people were supposed to take care of my affairs while I was gone, and they let me down. This never should have happened, and I’m so sorry that it did. Can we settle on this outside of court?”

I’m usually a good judge of character. And landlords—especially the landlords we deal with at AVLF—are rarely easy to deal with.

But Mr. Casey Junior sounded different. It all seemed like an innocent mistake—a big misunderstanding.

We agreed to settle for $1,000, and I drew up an agreement for Mr. Casey Junior to sign. But when it came time to meet to file the paperwork, the landlord just didn’t show up.

At this point, all my positive assumptions about this person had faded. He was just like any landlord who puts their needs first. I was prepared to fight in court for the justice that my client deserved.

Then the phone rang.

“I’m so sorry I missed your calls—I’m coming to you. Can I meet you in the office?”

Now I’m very suspicious. I’m thinking it’s some sort of ploy—he’s been so inconsistent, and I couldn’t place what kind of person he was. Was he really willing to make up for his mistakes? Or was he just trying to avoid going to court?

Mr. Casey Junior handed me two checks for Sabine: one for the $1,000 settlement, and one as a gift for the extra $200 we would have asked for in court. The memo read: “apology”.

I’m usually a good judge of character. I felt certain that with Mr. Casey Junior, this was going to end in litigation. I’m ready to defend my clients against anyone not living up to their end of the landlord-tenant bargain, and as an AVLF volunteer and now a Staff Attorney, I’m committed to following a case through to justice—and I was certain that I’d have to fight for the rights of my client.

The memo line of the apology check.

But to my surprise, Mr. Casey Junior came through.

We hope that landlords take care of their tenants, and that it never reaches the threat of litigation. But here’s to seeing more apologetic landlords take responsibility for their deeds.

Want to learn more our vision for the future of housing in Atlanta? Check out this blog post by Safe and Stable Homes Director Cole Thaler.

Erik is a staff attorney with AVLF’s Standing with Our Neighbors Program, where he specifically focuses on housing issues in neighborhoods on Atlanta’s Westside.

Prior to coming to the AVLF, Erik spent 15 years in the financial services sector, where he most recently was a Senior Fraud Investigator with SunTrust Bank. His banking career includes time spent in Mortgage Sales, Branch Management, Bank Operations, and Corporate Training. Erik earned his J.D. from Atlanta’s John Marshall Law School. There he was awarded the Outstanding Graduate Award and the Renata Turner Public Interest Scholarship. Erik also holds a B.S. in Marketing and an M.B.A. with a concentration in management. He resides in Gwinnett County with his wife and 4 children.